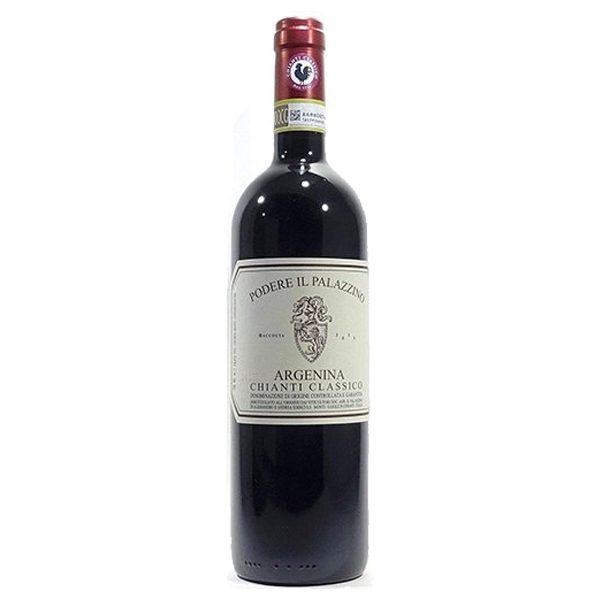 From the vineyard of the same name in the Monti in Chianti area, one of the finest examples of vintage Chianti Classicoa

Podere Il Palazzino, owned by the Sderci brothers, and now managed by the young generation – Claudia and Edoardo – is located in Monti in Chianti, 20 km northeast of Siena, in the southern part of Chianti near Gaiole.

The estate is part of a network of farms and country residences built or renovated in the 18th century during the agrarian reform carried out by Leopoldo Habsburg-Lorraine, Grand Duke of Tuscany.

The Sderci family became owners of the estate in the mid-nineteenth century. But wine began to be produced and sold more recently, in the early 1970s, when Alessandro and Andrea took over the management. The first vineyards were then planted, replacing the previous system of vines that intersected with olive trees and planting crops on the corridors between the rows of trees and vines. As the original cellar was not large enough, a new underground cellar was built under the farm garden.

Il Palazzino is an estate with a traditional style, but with a decisive organic approach to viticulture, which has received a strong impetus from the young Claudia and Edoardo. Environmentally friendly practices are particularly meticulous here and are carried out through canopy management, soil management, and grape yield management. The estate is not only certified organic, but the wines are produced with the utmost respect for the different characteristics of the soils and vineyards and a natural attitude in winemaking.

In the cellar, sulfur dioxide is reduced to a minimum and nothing else is added to the wine.

Only indigenous yeasts are responsible for alcoholic fermentation. No filtering.

The latter comes from the vineyard of the same name of about 3 hectares. Over the years it has shown an enviable stylistic continuity. Fresh and pleasant, with that straightforward character that is in the DNA of the best vintage Chianti Classico.