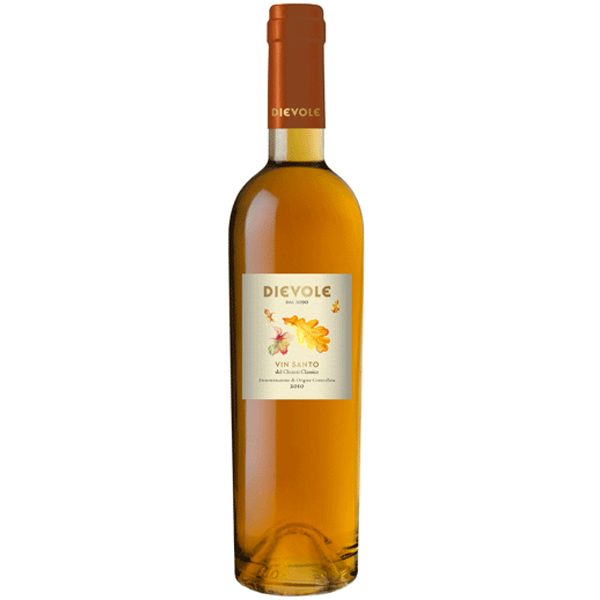 Dievole’s Vin Santo del Chianti is a hymn to peasant tradition. Produced with Trebbiano and Malvasia. The drying in the vineyard is followed by an aging of at least three years in small barrels.

Dievole is a corner of Tuscany between Siena and Florence in the center of the Chianti Classico which has always been known to be a small paradise.

Here the dialogue between nature and man has never been interrupted and the name can explain the reason: in fact the origin of the name “Dievole” is “God wills”.

Intense ruby ​​red with aromas of ripe red fruit and spices. Very elegant and structured with good acidity and with pleasant and soft tannins.

In the RICASOLI Chianti Classico Gran Selezione Experience Box 2018 you will find the latest vintages of this historic winery in Gaiole. In the box there are:

Intense, concentrated and with an intense ruby color, Sassicaia offers elegant and complex aromas of red fruit. In the mouth it is rich and dense, but harmonious, with sweet and balanced tannins. It has a long, deep finish and dark evolutionary potential