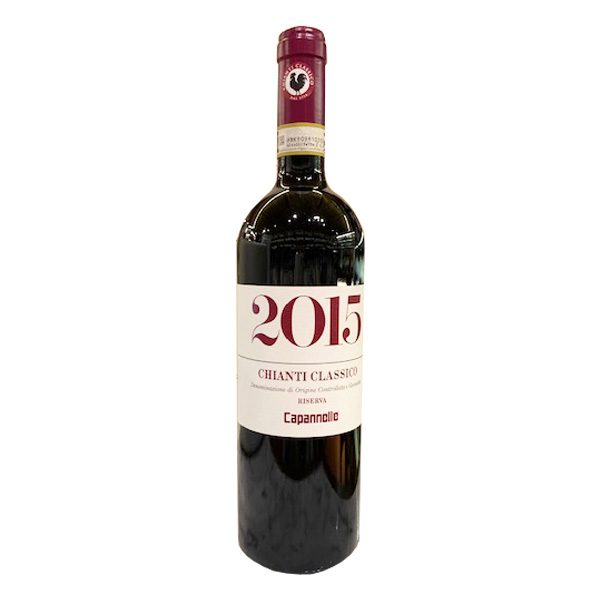 The Chianti Classico of Capanelle exhibits a fleshy fruit, beautiful structure and a gentle finish

The history of the Capannelle farm began in 1974 when the entrepreneur Raffaele Rossetti moved to an old seventeenth-century farmhouse surrounded by 10.5 hectares of land in Gaiole in Chianti, the birthplace of Chianti Classico wine.
After careful analysis, work begins on a new 3.5-hectare vineyard specialized with native grapes such as Sangiovese, Canaiolo, Colorino and Black Malvasia. Two hectares are designed to host the olive grove.

The farmhouse is renovated and brought back to its ancient splendor with skilful structural and restorative interventions. Among the novelties, the introduction of a new kitchen, where renowned chefs combine Capannelle wines with their creations and a large tasting room, characterized by a six-meter-long 17th century refectory.
A very modern cellar is also set up under the farmhouse with connections and stainless steel pipes at the forefront of the technology of the time.

In 1997 Capannelle was purchased by James B. Sherwood, founder of Orient-Express Hotels, Trains & Cruises (now the Belmond group) with the aim of developing the company’s growth potential, as well as its presence on international markets.

Today the company has a total of 35 hectares of which 16 are destined for vineyards, from which 5 types of wine are born, whose quality is constantly followed by Simone Monciatti, Enologist of Capannelle since 1984.