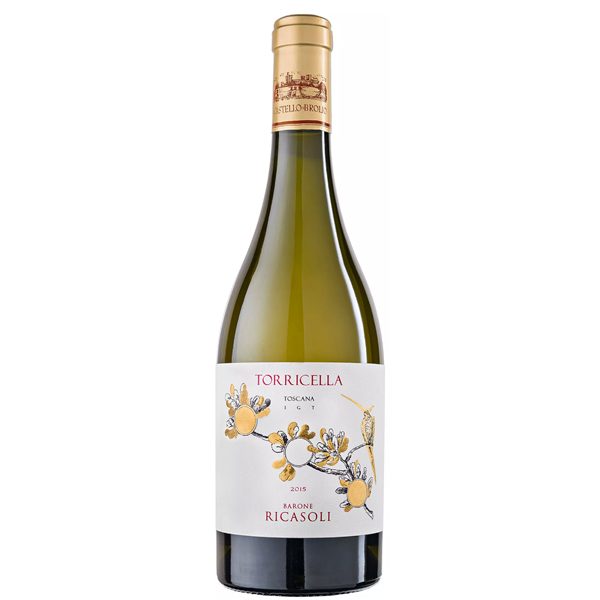 Straw yellow. Citrus notes, with light hints of vanilla. Warm and enveloping tones in the mouth.

The Chardonnay, for the most part, ages 9 months in wood after which it meets the Sauvignon Blanc which instead ages in steel. The result is a fresh wine, with a complex character, excellent minerality and which could surprise after a few years in the bottle.

Barone Ricasoli is always a certainty, on any label. This wine is no exception.

At the heart of the history and economy of the Chianti region since 1141, Barone Ricasoli based in the magnificent Castello di Brolio, is one of the four oldest wine estates in the world.

One of the ancestors of the current property, Bettino Ricasoli, also known as the Iron Baron, was the inventor of the modern Chianti Classico wine recipe in the mid-19th century. Today the company is chaired by Francesco Ricasoli, Bettino’s great-grandson.

The estate, including the Castle, extends for 1200 hectares of which 230 are vineyards. With these numbers, the Gaiole in Chianti company turns out to be the largest in the area.

Baron Francesco Ricasoli has been at the helm of the cellar since 1993 and with the deepest respect for his illustrious ancestors, he has launched a very important project of innovation and sustainability. Of great importance is the study of the soils of Brolio in order to be able to map all the vineyards, as well as the selection of the Sangiovese clones present.

Today the wines reflect the innovation and passion that this family has had for the territory and its wine for nine hundred years.