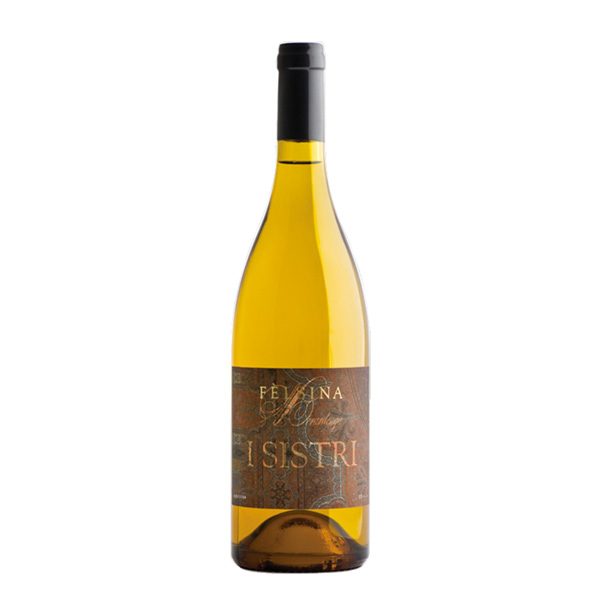 A Chianti Chardonnay of excellent quality and definition. In drink, but with good evolutionary skills

I Sistri di Fèlsina derives from a musical instrument of ancient Mesopotamia and Egypt. The instrument and its music were dedicated to the cult of Isis, the goddess of agriculture and birth.

This splendid Chardonnay is presented in the glass with a soft golden and luminous color. Great character and aromatic intensity thanks to the quality of the fruit. Alternating warmer hints of peach, pear and apricot, but also fresher tones of mint and almond. Twelve months in barrique give it a pleasant creamy sensation on the finish.