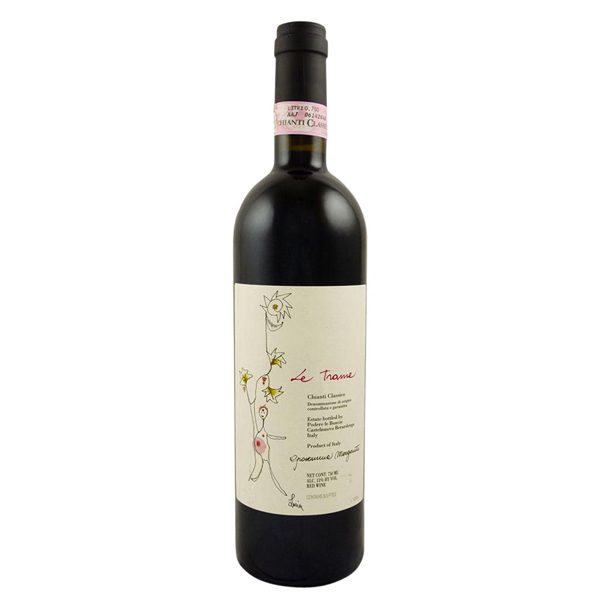 In Giovanna Morganti’s Le Trame del Podere le Boncie the beauty of Sangiovese is revealed in its purest form, free from the manipulation of wine during vinification and elevation and without exposure to new woods.

The vineyard is located at an altitude of 300-350 meters; the average age of the vine is 15 years. The essential character of this wine can best be described as “fiercely elegant”. But what appears to be an oxymoron is, in reality, reality. There is a grace in this wine, an impeccable balance, which hides the intense concentration reflected in its vigorous and ripe tannins.

Giovanna Morganti is fast becoming famous among the new generation of Tuscan winemakers. His small estate is only three hectares and his best known wine is called “Le Trame” (the intrigues) to signify the exchanges necessary to buy the land.

Podere Le Boncie is located in the hamlet of San Felice, which in turn is located a few minutes north of Castelnuovo Berardenga, in the southern part of the Chianti Classico area.
Giovanna studied enology and began working in the mid-1980s for the wines of San Felice in Castelnuovo Berardenga, near Siena, on a project to plant around 300 traditional Tuscan vines harvested from old vineyards. When Giovanna’s father gave her a small farm with olive groves, called Le Boncie, he added a vineyard planted with his favorites from the experimental project – Sangiovese, of course, but also Ciliegiolo, Colorino, Foglia tonda Mammolo and Prugnolo.

The vineyard, planted at a very high density of 7000 vines per hectare, is mainly dedicated to Sangiovese (supplemented by some rows of Fogliatonda) and produces the company’s definitive wine: “Le Trame”. The work in the vineyard is carried out according to the general principles of the biodynamic movement. Harvesting is manual. Fermentation takes place in traditional open-air wooden tanks. The elevation is long and quiet with occasional racking implemented to aerate the wine. Aging takes place in medium-sized barrels; the wine is then left to refine in the bottle for at least six months before being marketed.