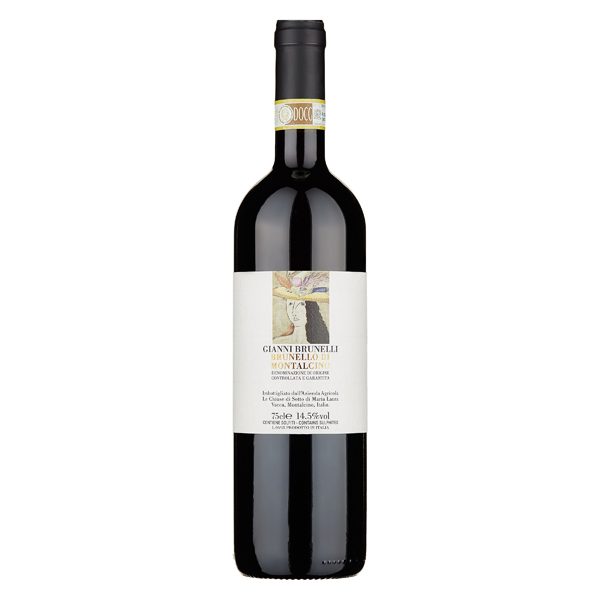 Brunello di Montalcino Gianni Brunelli Le Chiuse di Sotto 2017 is one of the classics of the appellation produced in this particular vintage in limited quantities.

100% Sangiovese Grosso planted at 350 m above sea level on clayey soils with a large presence of marl. 25 days of maceration on the skins followed by 30 months of aging in oak barrels of 20 hectoliters. 6,000 bottles produced.

Gianni Brunelli, a man of many interests, opened the Osteria Le Logge di Siena in 1971 (today one of the best restaurants in the city). In 1987, he returned to Montalcino and bought “Le Chiuse di Sotto”, an estate that had belonged to his father Dino, with 2 hectares of vineyards 200 meters above sea level in the northern part of the region. Brunelli replanted most of the vines in 1989, but left intact a small plot of old properties dating back to his father’s original 1947 vineyard. After Gianni died in 2008, his wife Laura took over the reins along with his brother, Adriano.

A few years ago, the company bought the “Podernovone” vineyard, located further south in Montalcino. The 4-hectare property is located 350 meters above sea level and enjoys a magnificent view of Mount Amiata. The Podernovone soil is made up of limestone marl and schist, which reflects light and heat.