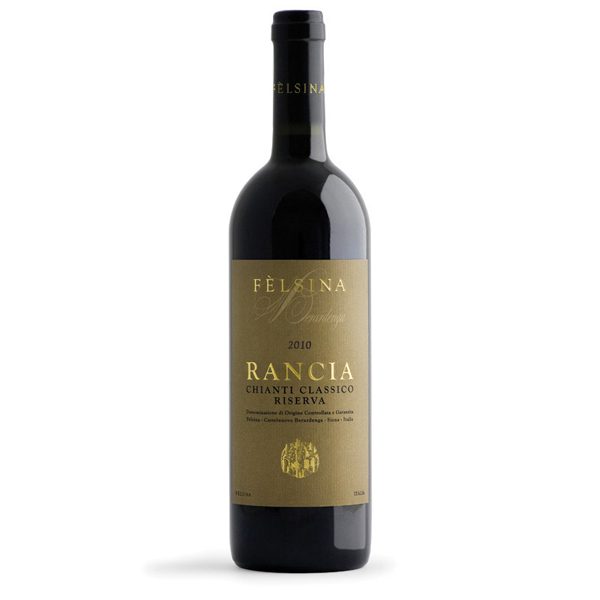 The Chianti Classico Riserva Rancia is striking for its olfactory intensity: dark plums, black cherries, blackberry tart, cedar, tobacco and a pinch of orange peel. Lively on the palate, in balance between minerality, freshness and body. Long finish.

Rancia is first of all a vineyard owned by Fèlsina located in one of the most suitable areas of Castelnuovo Berardenga. The Chianti Classico Riserva Rancia is a historic Chianti reserve, the first vintage dates back to 1983.

The vineyard has limestone soils, mainly characterized by alberese (typical of the Chiantigiano area), and galestro. Altitude between 350 and 400 meters above sea level

After the crushing and destemming of the selected grapes, fermentation begins between 28 ° C and 30 ° C. The entire maceration process takes place in steel tanks for 16-20 days with automatic punching down and daily pumping over. In March-April the new wine is transferred to new French oak barrels and after 18-20 months of maturation it follows the assembly and bottling. In glass, refinement is guaranteed for at least 6-8 months before being marketed.