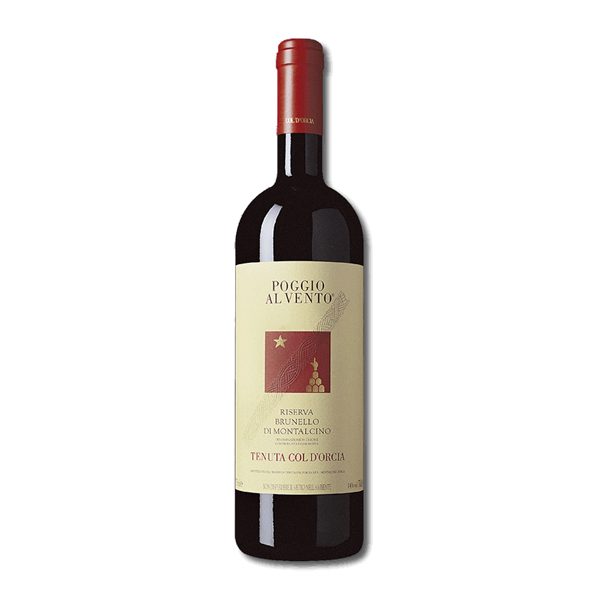 A great classic of Montalcino

The Brunello di Montalcino Riserva Poggio al Vento 2015 by Col d’Orcia comes from a vineyard planted in 1974 on the Sant’Angelo in Colle hill at 350 m asl with southern exposure which, as the name implies, enjoys excellent ventilation. Sangiovese of great character, this Riserva di Brunello di Montalcino sees the light only in the great vintages. Aging takes 3 and a half years in 25 to 75 hl Allier and Slavonian oak barrels followed by further rest in the bottle for at least 16 months.

Col d’Orcia is located a few kilometers away from Montalcino. The company dates back to 1700. In 1973, the estate was bought by the Cinzano family, who expanded the vineyards to become the third largest producer of Brunello di Montalcino.

The name of the estate refers to its position on the rolling hills between the river Orcia and Sant’Angelo in Colle. Here the vineyards enjoy an excellent southern exposure. The soils are mainly composed of limestone and marl, an optimal condition for water drainage. Mount Amiata, not far away, acts as a natural protection against hail and frosts. The climate is therefore to be considered Mediterranean, with limited rainfall, coming from the sea, which is about thirty kilometers away as an area.