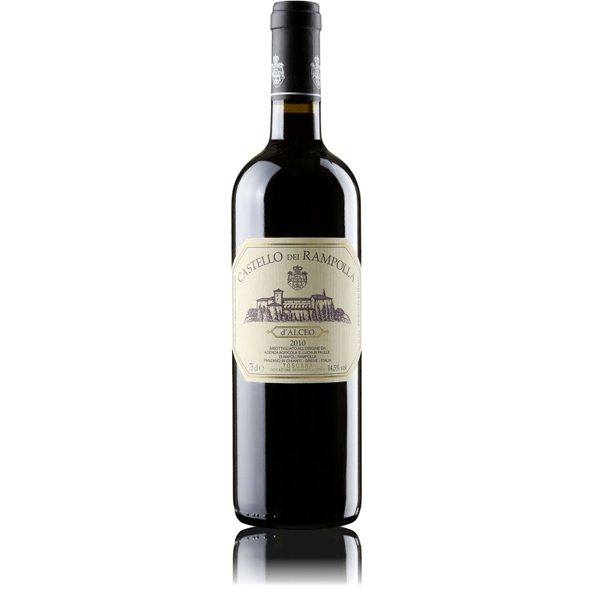 “Castello di Rampolla’s D’Alceo 2017 has an astonishing intensity and a pedigree of great breed. Rich, broad and explosive, 2017 is immediately impressive. Lavender, rose petal, spices, kirsch, mint and violet lead the way. to a heart of dark blue / violet ink-colored berry fruit. The soft contours and the soft and silky tannins give 2017 immediacy, but potential for aging “Antonio Galloni – Vinous

D’Alceo is the name of the wine and the 6-hectare vineyard of the same name from which it comes, so named in honor of Maurizia’s father and Luca Di Napoli, current owners of the Castello dei Rampolla in Panzano in Chianti.

Since its debut in 1996, D’Alceo has immediately impressed for its opulence, expressiveness of the fruit and of the spiciness and elegant tannic texture. This blend of Cabernet Sauvignon and Petit Verdot is now considered one of the best Supertuscans on the market.

The Castello dei Rampola is a historic estate owned by the Di Napoli family since 1964, located in the Conca d’Oro di Panzano. It is part of that group of producers who helped revive the Chianti region in the 1970s and 1980s. Castello dei Rampolla has been working in biodynamics since 1994 and its wines have become cult for enthusiasts for consistency and ability to interpret the terroir