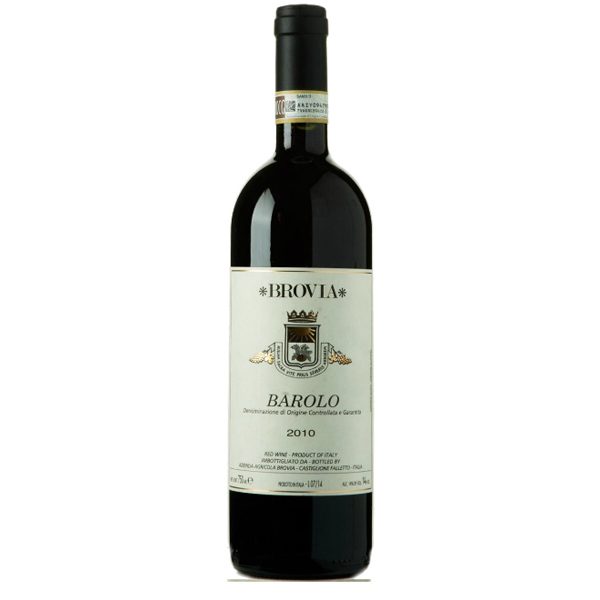 Fresh and with elegant tannins. Purple and pink on the nose, red and ripe fruits in the mouth. With a seductive drinkability.

Brovia’s Barolo 2018 is a classic example of the Barolo tradition.

This cuvée is a mix of the bunches of the youngest vines of the various “crus”. From the very beginning, Barolo shows all its elegance. No excess, no attempt to show or flaunt power. Balance is the key element for this Barolo of great stature. Classic grainy tannins, long mineral aftertaste, aromas of roses and dried cherries. After a fermentation of about three weeks, the wine is aged for at least two years in a combination of large and medium-sized barrels of Slavic and French origin. Annual production is around 13,000 bottles.