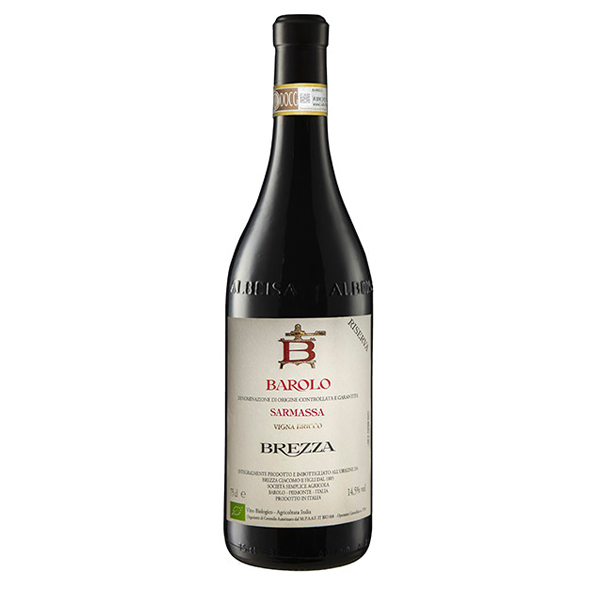 In the sheltered valley of the Sarmassa, the Vigna Bricco occupies a privileged position in the middle of the hill facing south; in fact, according to the elders of the town (and not only), it is the place where the snow melts more quickly.
The Barolo Riserva Sarmassa Vigna Bricco 2016 di Brezza is the one produced from the parcel formerly called Bricco which, despite being vinified separately before bottling, is compared with the other particles belonging to the same MeGA (Additional Geographical Mention) with tastings in which they participate amateurs and technicians of wine and from whose result it will be decided whether to sell them separately or under the single Sarmassa appellation.

The Brezza winery, which owns part of the renowned Cannubi vineyard and other beautiful sites around the town of Barolo, has been bottling since 1910. Today it is run by Enzo Brezza and his cousin Giacomo, the fourth generation of the family. Brezza wines are icons of traditional winemaking: organic viticulture, long macerations and aging in large barrels. This transparent style, applied consistently and cleanly across the different bottlings, allows for site differences to be made clear, without oak aromas or rusticity getting in the way.

The Sarmassa Cru is located on the opposite side of the main Barolo ridge from the Cannubi, yet it has a distinct microclimate… it is the first area where the snow melts in winter. The wines that are born there are more structured than those of Cannubi.