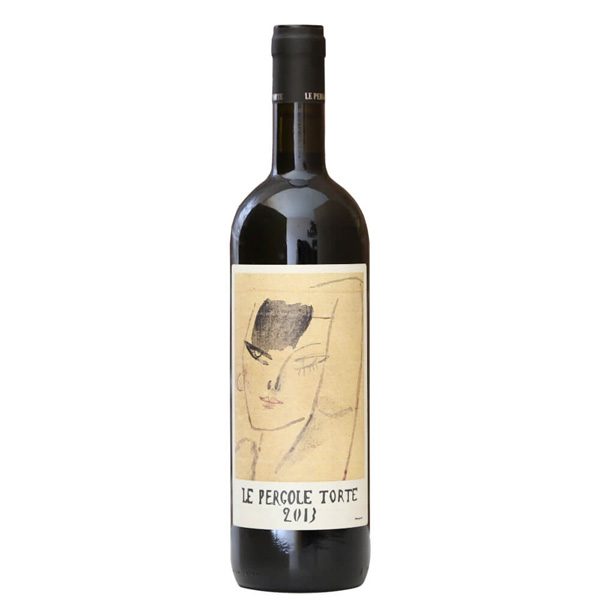 Red fruits, violets and fresh spices. In the mouth it develops rhythmically and with a balanced sweet acid contrast, which amplifies length and pleasantness.

For years, the Pergole Torte 2013 by Montevertine have represented a beacon and a reference model for any Sangiovesista.
They are born after a very careful selection of the grapes in the vineyard that ferment in concrete tanks and then mature in Slavonian oak barrels for 12 months and in barriques for another 12.
Martino Manetti continues to create simply unique wines, just as his father did in his time. This wine is the sublime proof of this: balanced, crunchy, long and with an infinite sip. Inimitable.

Montevertine is located in the heart of Chianti, halfway between Florence and Siena, precisely 3 kilometers south of Radda in Chianti.

Sergio Manetti bought Montevertine in 1967 as a holiday home for his family. Manetti immediately planted two hectares of vineyards and built a small winery with the idea of ​​producing wine for family and friends. The first vintage produced and bottled under the supervision of Sergio Manetti dates back to 1971 and it was immediately clear that it would not be a wine “only for friends”. A few years later Manetti abandoned his main business to devote himself to what had become his new passion for wine.

The last few years have seen a generational shift in Montevertine with the passing of Sergio Manetti, Giulio Gambelli (the estate’s master taster for many years and a great connoisseur of the Sangiovese grape) and, more recently, Bruno Bini (the cellarman). Montevertine is now in the hands of Martino Manetti, Sergio’s son, and Paolo Salvi, a pupil of Gambelli. Both protect the style and philosophy of their predecessors.

The estate is located at an altitude of 425 meters. There are 18 hectares of vineyards in Montevertine, 90% of which are planted with Sangiovese grapes with the remaining vineyards dedicated to Colorino and Canaiolo.

The vineyards are divided into nine separate plots. The oldest vineyard, planted in 1968 is that of Pergole Torte. After a manual harvest, the grapes are fermented in large concrete vats (150 hl) for at least 25 days.

The malolactic fermentation takes place in cement, then the wine is decanted into Slavonian oak barrels which vary in size from 5, 5 to 18 hectoliters of capacity. The Pergole Torte is finally racked into French barriques (Alliers) for the final six months of its refinement.