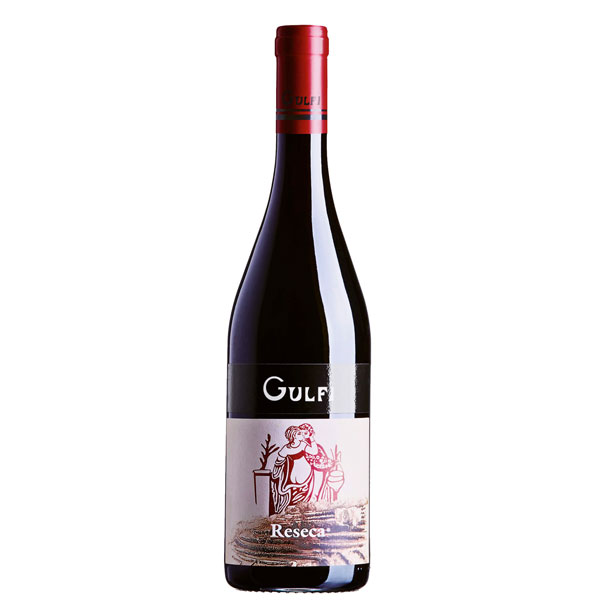 Gulfi 2015 Etna Rosso Reseca is a 100% Nerello Mascalese obtained from a 1.5 hectare vineyard located at 800 meters above sea level on the blackened cone of the volcano. The wine offers both power and grace, the two contrasting qualities that define the great wines of Etna. The Gulfi 2015 Etna Rosso Reseca is aged in large oak barrels for two years.

From the extreme south-eastern edge of Sicily, to the wild volcanic slopes of Etna, the vineyards of Gulfi are located in some of the most interesting and expressive wine-growing areas of the island. Raffaele Catania started producing Gulfi wines in the 1970s. In 1995 Raffaele’s son Vito took over with the vision of expanding his offer and making the best Nero d’Avola wines available. Three generations of knowledge, experience and wine making traditions have been handed down through the Catania family. Their philosophy, to cultivate and develop Sicilian indigenous grape varieties, working organically with very old vines and a minimal intervention approach to winemaking. Today Gulfi is led by Vito’s two sons, Matteo and Raffaele, who have only further strengthened the reputation of this exemplary estate.

The Gulfi vineyards begin in Pachino, in the south-east of Sicily, where they produce single-vineyard Nero d’Avola wine (contrada) from the historic plots of Maccari, Bufaleffi, Baroni and San Lorenzo. Part of Gulfi’s legacy is that they were the first ever winery to produce Nero d’Avola in Sicily in a single district, at a time when no one believed in its potential. They also have land in the Iblei Mountains, in the Ragusa area, the traditional area of ​​the Cerasuolo di Vittoria DOCG. And on the northern slopes of Etna, where their Nerello Mascalese and Nerello Cappuccio vines are over 100 years old and sit at a remarkable altitude of 850 meters above sea level. Their vines are raised according to the Alberello technique (depicted in their logo), a very traditional technique that the Catania family has always supported.

Committed to sustainability and a minimal intervention approach, Gulfi are certified organic. “The earth is our wealth, we must not abuse it but listen to it and keep it”. Vito Catania. Their winemaking philosophy is simple. Minimal interventions to produce expressive and terroir wines that allow the true nature of these indigenous varieties to shine. Together with wine consultant Salvo Foti, this iconic estate consistently produces some of Sicily’s best wines.