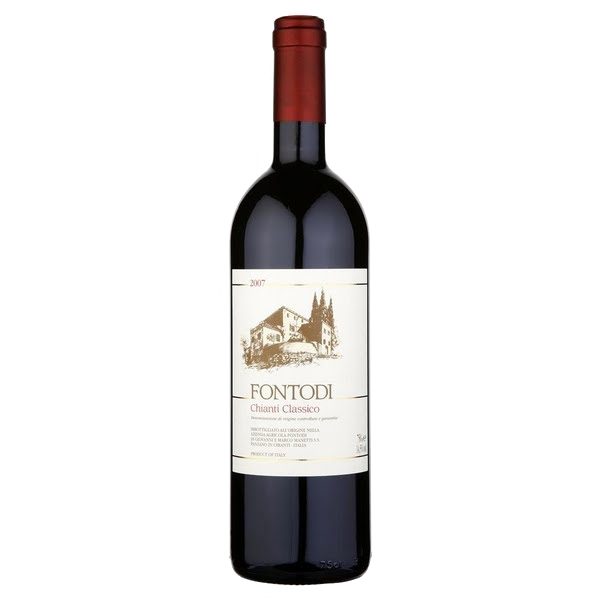 Fontodi: one of the most beautiful expressions of Sangiovese del Chianti Classico at your fingertips

Fontodi’s Chianti Classico is full and juicy. On the nose, beautiful red fruits in evidence with notes of crushed rocks, leather, smoke and flower petals. Fascinating wine that shows surprising complexity for a vintage Chianti Classico.

The Fontodi farm was purchased by the Manetti family in 1968. Its position – right in the center of the Chianti Classico appellation, with south facing vineyards, soils rich in marl, in the beautiful natural amphitheater that is the Conca d’oro di Panzano in Chianti at about 400 m asl – is dominant.

The management has been organic for many years now; there is even a small group of Chianine from which the base of the fertilizer is obtained to fertilize the vines. Some old vines from the 60s and 70s are still in production, but most have been replaced by high-density vineyards whose plants derive both from mass selection and from the best clones that emerged during the Chianti Classico 2000 project.

The relatively recent construction of the new winery is perfectly equipped and works according to the principles of gravity which eliminates the need for pumping. Everything has been thought and designed to make the best wines possible.