View cart “GIUSEPPE MASCARELLO Barolo Monprivato 2017” has been added to your cart. 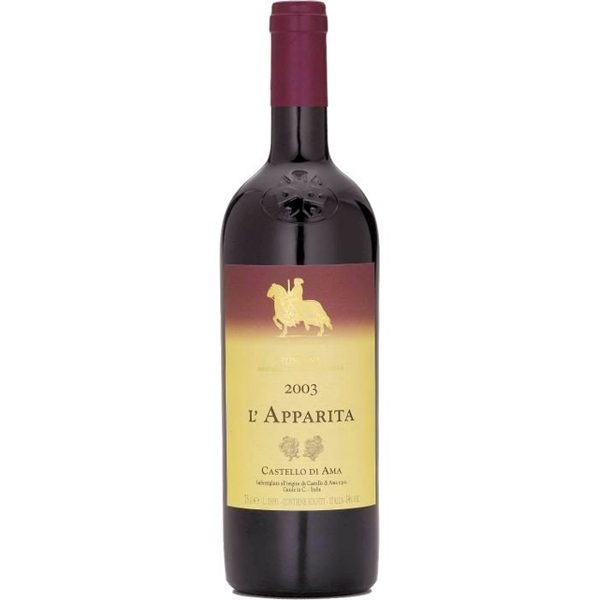 L’Apparita del Castello di Ama was the first pure Merlot produced in Tuscany. A cult wine since the first vintage, 1985. Located at the top of the Bellavista Vineyard, at an altitude of 490 meters above sea level, there are the small plots that make up the L’Apparita vineyard for a total of 3.84 hectares. Planted in 1975 with Canaiolo and Malvasia Bianca, they were re-grafted between 1982 and 1985 in Merlot, with the clone 342. The open lira training system and the particularly rich clay soil make this small cru a jewel of the world winemaking.

The Castello di Ama is located in the central-south-eastern slope of the Chianti Classico, in the municipality of Gaiole in Chianti where the soils are rich in limestone, rocky, loose and the Mediterranean scrub abounds.

The recent history of Castello di Ama owes its fortunes to the couple Lorenza Sebasti and Marco Pallanti who with passion and determination launched this Chianti company into the Olympus of Italian wine brands.

The concepts of Cru and Terroir, so fashionable today, have been at home in Castello di Ama since 1982 when the first Vineyard Selections came out and if the Chianti Classico has taken off its reputation as a simple wine and incapable of good aging, much is also due to the work of this winery which has always sought uncompromising quality.