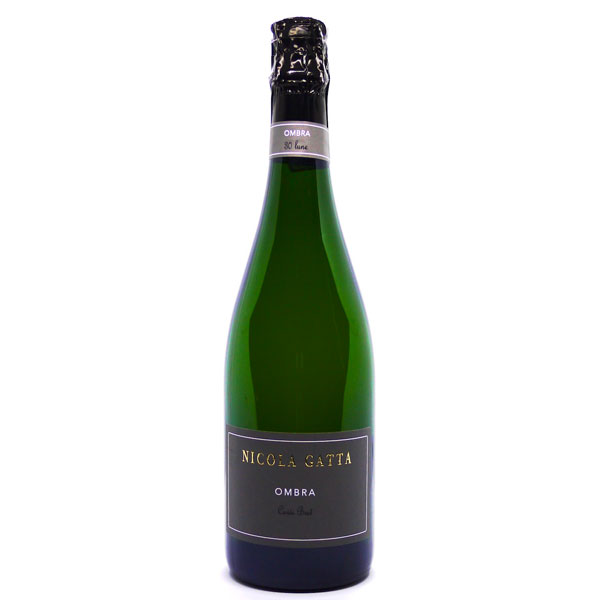 L ’Ombra is Nicola Gatta’s Brut, mainly based on Chardonnay, with a minority of Pinot Noir. It rests on the lees for 30 months and its bubble is extremely fine and silky. The sip shows a freshness and citrus notes. Bottle of exquisite elegance.

About an hour east of the cosmopolitan metropolis of Milan are the villages of Gussago and Cellatico atop an undulating chain of limestone hills. Technically speaking, this is the heart of Franciacorta, a region long celebrated for the production of classic method sparkling wines. However, it is also a region that has struggled to find fame and position in the market, often trailing in the shadow of its more celebrated French counterparts.

It is on these limestone hills that the young Nicola Gatta quickly consolidated his reputation as a serious winemaker, choosing to surpass the homogeneous standards and myriad restrictions of Franciacorta DOCG, in search of purity, soul and individuality in his wines.

Its Chardonnay and Pinot Noir vineyards never undergo chemical treatments, except for a few sprays of copper and sulfur during the season. The aging time for each of its wines is dictated by the lunar cycles (not months or years). Its range of wines is truly an exploration of the specificity of the site and of a person willing to let his land and its grapes do the talking.